React Js is an open-source library of javascript used to build UI interfaces. Most people get confused that what they call React js a library or a framework? So come back from the myth that React is a framework. It's just a library in which we can build front-end web applications. React applications are single-page applications based on the virtual dom and components concept. We will go deeper in our course.

Before moving ahead let's go through the history of react js. React was created by Jordan Walke in 2011 but it was released publically on 29 May 2013. The first version of react js was 0.3.0. Initially, it was created by one person but now it is maintained by an individual community of Facebook developers and companies. As we know it is open source so we can get it source code on Github.

Why we should use React?

1. Easy to code and maintain 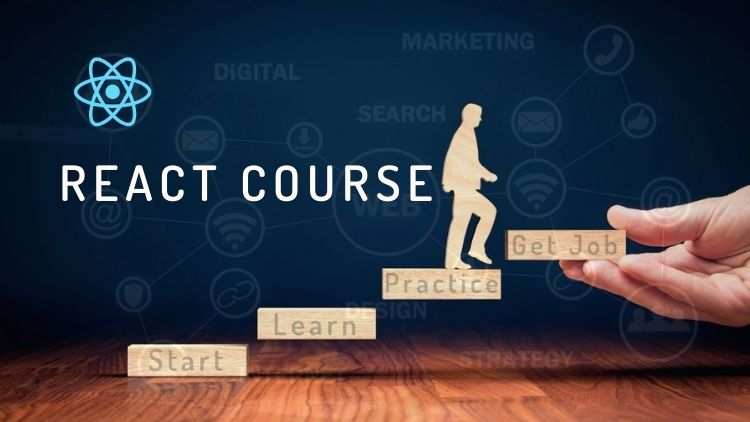 Since React was publically released it has become the choice of many big tech companies and well-established startups. Mostly React is used by companies that are directly involved in the business. If you learn react js there are lots of opportunities waiting for you in the industry. Let's see some big companies using react:

Till now you have become aware of what is react and, why to use it. Now let's see the agenda of this course.

1. Complete guidance about Web Development in React Js. ( What is React and Why to use it? )

2. Learn how to build a responsive, interactive, modern, SEO-friendly, and dynamic website.

3. Go through fundamental features of React js, including JSX, state, props, and components.

What are the course requirements or prerequisites?

This course will go through basic to advance. All you have to basic knowledge of web development. If you don't know anything about web development then don't worry you can excess our Introduction to web development course. Still, you have issues with learning you can go through our Udemy Course. Now only one thing requires and that willingness to learn.

Who can excess this course?

Students who want to learn how to build responsive websites. Who wants to learn the most in-demand tech skills of the market as a web developer. Developers who want to enhance their web development skills. Programmers who want to convert their dream into reality. Learners who are interested in learning by building and deploying.

© 2021 All Rights Reserved By Workforwin